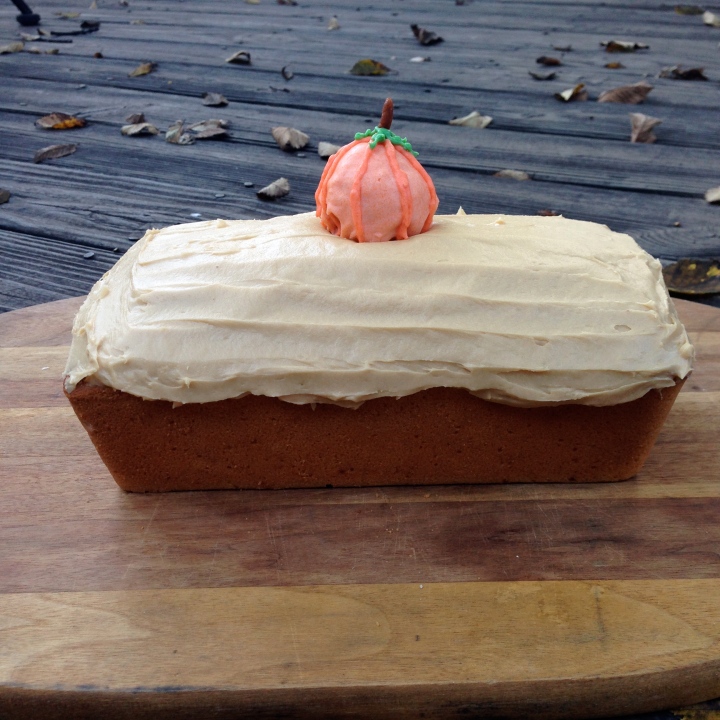 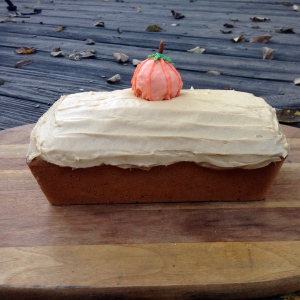 Although this is a time-consuming cake, the final result is delicious and beyond impressive. 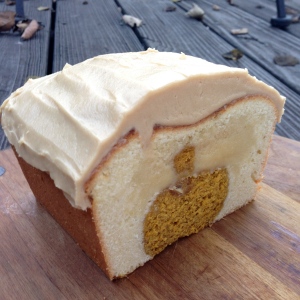 Okay, so my cake ended up a little under baked. Substantially under baked. Near raw. BUT!! That does not mean that yours cannot be amazinglythoroughlyundoubtably cooked throughout. 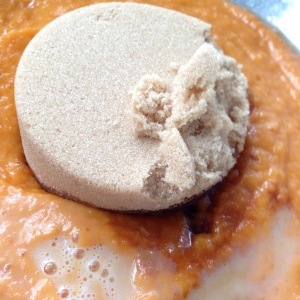 When the cake had been in the oven for an hour, I took it out to test its doneness with a toothpick. I made the daft mishap of sticking the toothpick into one of the outer edges of the cake, and not into the center. I was worried that it might go into the pumpkin layer and either disrupt the carefully arranged pumpkins or not provide accurate results for how well the pound cake was baked. Next time, I will not make this mistake!!! 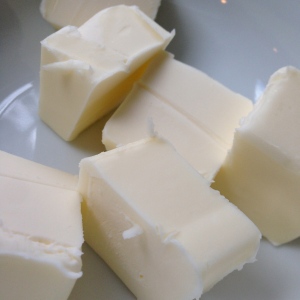 But HEY this was still a very fun cake to make. And it tastes good. A little bit of raw egg never hurt nobody. You aren’t going to catch ebola. 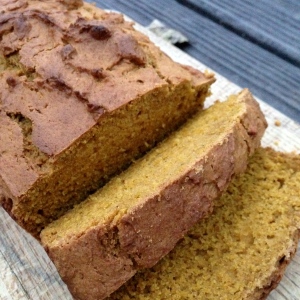 First, I made this pumpkin bread from Joy the Baker, omitting the walnuts. I love Joy, but this might not have been the best decision, because the loaf did not rise quite enough. I would recommend this recipe from Taste of Home. 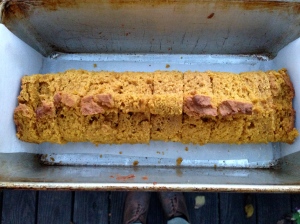 I then thickly sliced the bread and used a pumpkin-shaped cookie cutter to cut out a pumpkin from each slice. I lined them up in the pan, making sure they were evenly aligned and close together. After that, I covered them in an atrocious amount of pound cake batter. 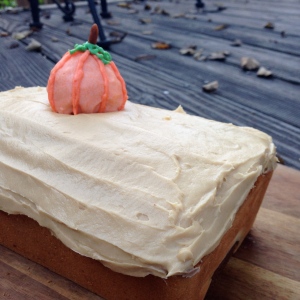 I finished it off by smoothing on some of the brown sugar and cream cheese buttercream leftover from this honey cake. I topped it with a stick-less pumpkin cake pop [I’ll do a post on the cake pop next week]. 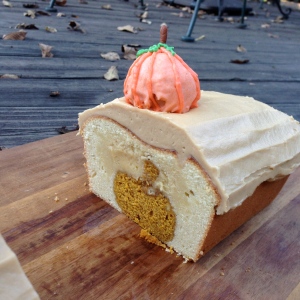 That’s it! May you be more successful than I was! 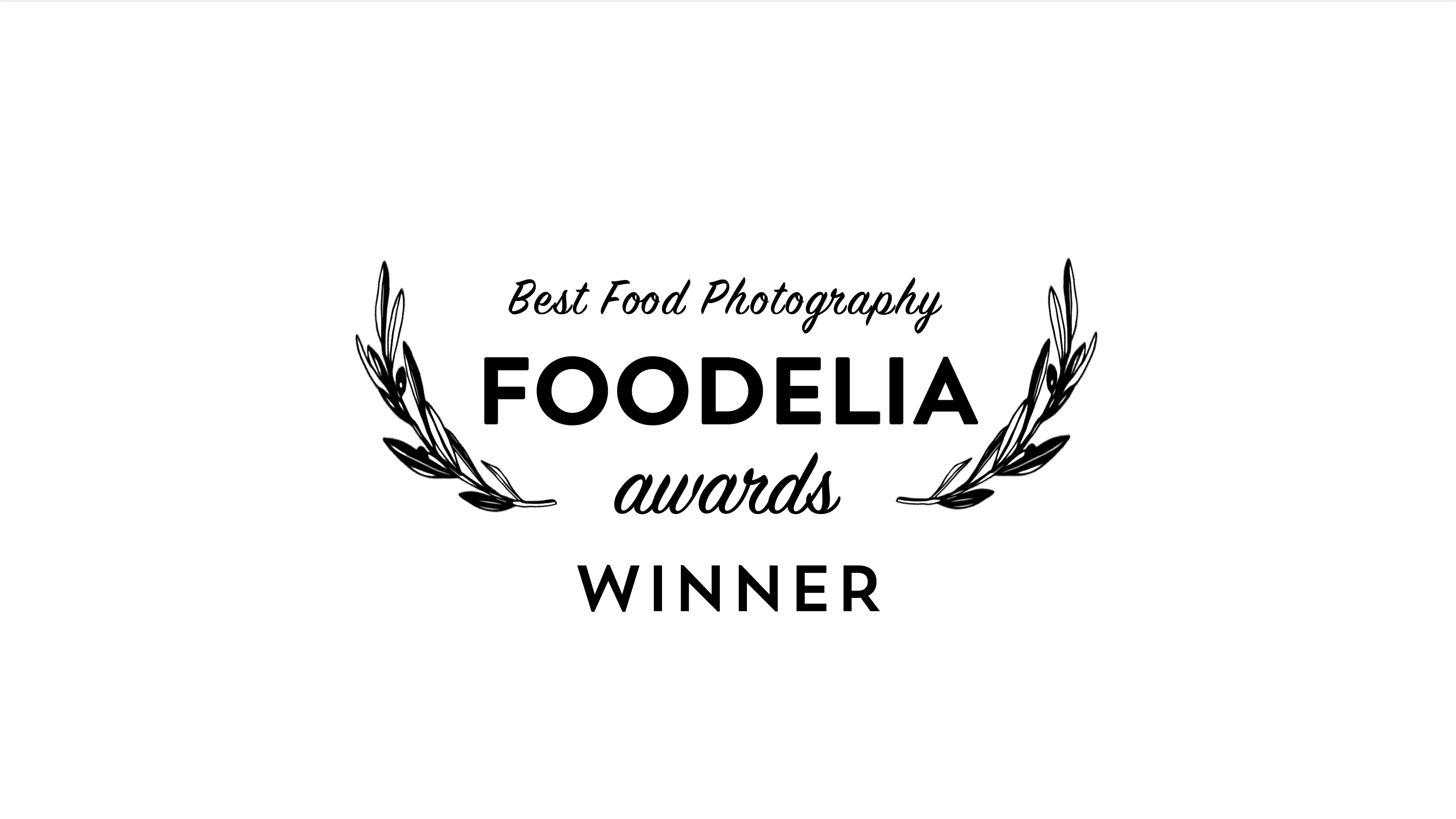